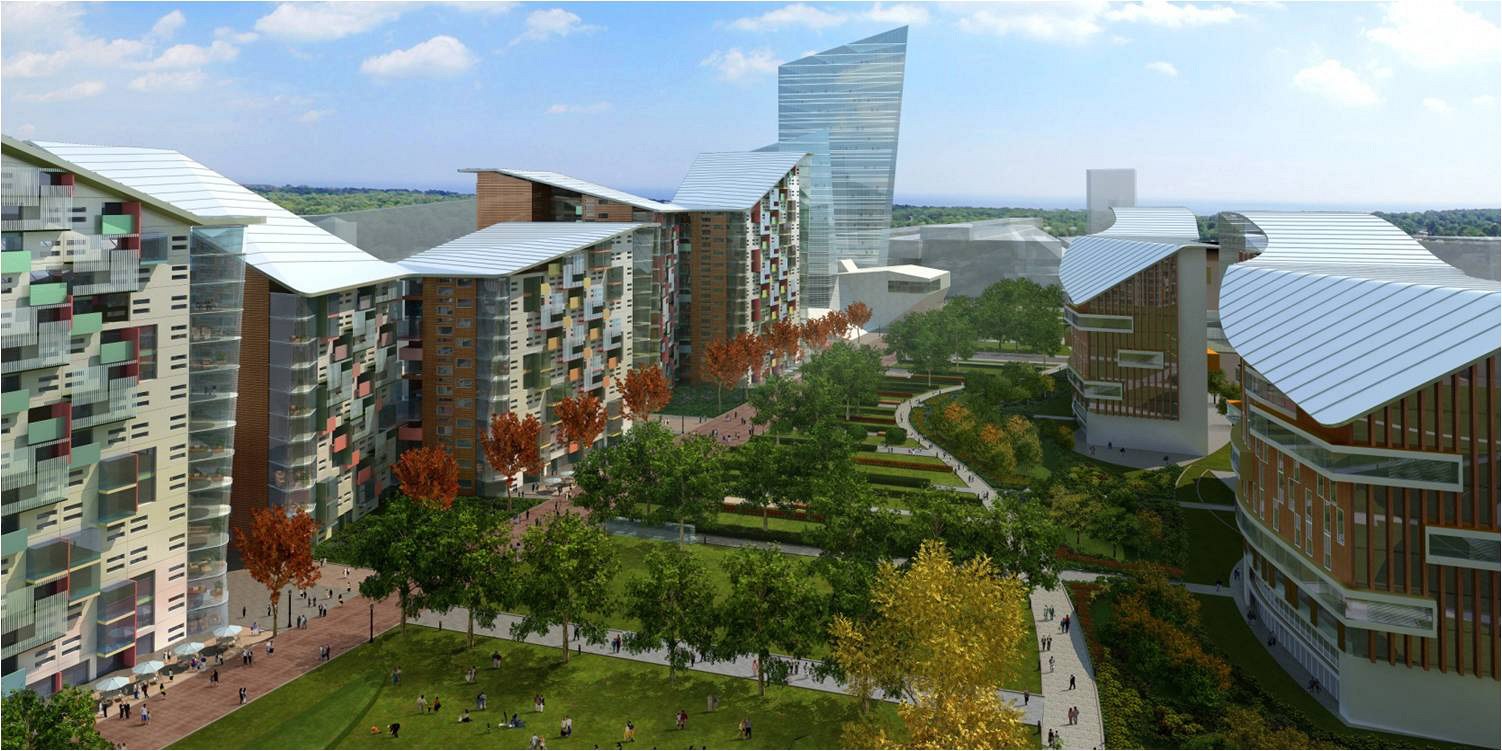 The plot of size the former railway station Bubny, of 27 ha, is located in Prague 7 in the center of the city between two metro exits Vltavská and Nádraží Holešovice. It was acquired in 2006 at a time construction was limited to less than 300 000m2. Orco has undertaken a very ambitious change of zoning for allowing a developmentof more than 600 000 m2 to be spread over 15years. The first phase of this “city within the city” is the development of a mega size shopping centre, for which a JV with Unibail Rodamco, the nr 1 European player, has been concluded. The project will continue with offices buildings, apartments, a hotel and possibly an hospital and a university building.

The construction of the first buildings is due to start in 2016. Some plots on the edge of the area have been sold to finance the core development.