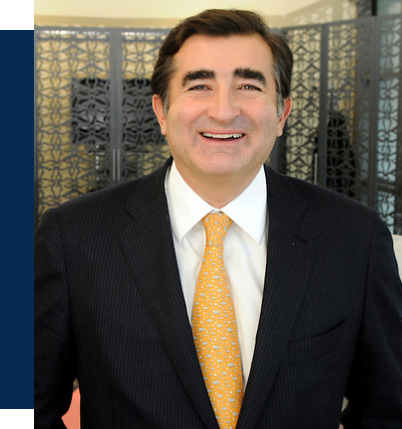 Jean-François Ott, born in 1965, is Chairman of Ott Partners Limited

Over the course of his career Mr Ott has invested €2 Billion in 20 years in different currencies and been directly responsible for over 200 developments internationally.

“I am a serial entrepreneur, I enjoy working in the creative sphere and in bringing market changing concepts to reality.”

2015
Based in Paris and Prague, Jean-Francois Ott is responsible for Ott Properties’ investment strategy, new business development, Group finance issues as well as banking and investor relations. He decides on new investments together with Nicolas Tommasini. Among the assets in Ott Properties today are: Pachtuv Palace, a boutique hotel in Prague, Hakeburg, a castle for redevelopment in Berlin, FPN, a mixed development in Northern Paris, Molcom, a logistics platform in Moscow, and a portfolio of currency and options trading.

2009 – 2014
Jean-Francois piloted the restructuring of the Orco Property Group in the years 2009-14, notably the €600 Million OPG and OG bond equitisation and restructuring finalized in 2012 and 2013. He sold most of its stake in OPG in 2014, following the shareholders change.

1999 – 2007
Among the major stages of OPG growth was the launch of the first extended stay hotel in 1999, the listing in Paris in 2000, the acquisition of IPB Real in Czech Republic in 2001 turning Orco into a large scale residential developer, the acquisition and redevelopments of Suncani Hvar hotels in Croatia in 2005 and lastly the privatization and repositioning of 850 000 m² of GSG commercial properties in Berlin in 2006, the acquisition of Molcom, one of Moscow largest logistics park in 2007.

1991
Jean-Francois was 26 years old when he founded Orco Property Group SA (‘OPG’) in 1991, when he purchased and refurbished his first building in Prague. Orco was listed in Paris 2000 and became one of the largest property company in Central and Eastern Europe and Germany with a portfolio of more than 200 assets in residential, commercial and hotels which reached 1 200 000 m2 spanning over 9 countries. Besides Prague, Paris and Luxembourg, he led the launching new OPG subsidiaries and acquisitions in Buda-pest, Warsaw, Berlin, Bratislava, Split, Zagreb, Moscow, Belgrade, etc. The portfolio was indeed built though both developments and acquisitions of properties which needed active asset management.

1991
After graduating in Finance and Economics from the Grenoble Political Sciences Institute and the INSEAD Owners Directors Program, Jean-Francois served 18 months in South Korea before starting a career as a derivatives trader in Paris in 1987.

Jean-François Ott is a board member and/or shareholder of a number of different organisations and business’ including: