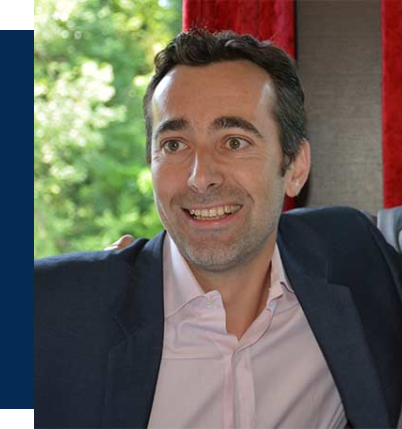 Mr Tommasini has a strong financial and economics background. He has invested over €1 Billion in 15 years in different currencies, different countries, from France to Russia, and different asset classes.

“The word “final” is a word removed from my vocabulary, the search for perfection evolves in each project we undertake”

2015
Based in Paris and Berlin, Nicolas is responsible for risk management, investment execution, asset management, and development supervising. He decides on new investments together with Jean-Francois Ott. Among the assets in Ott Properties today are: Pachtuv Palace, a boutique hotel in Prague, Hakeburg, a castle for redevelopment in Berlin, FPN, a mixed development in Northern Paris, Molcom, a logistics platform in Moscow, and a portfolio of currency and options trading.

2009 – 2014
In early 2009, Nicolas was Deputy CEO and Group CFO overlooking all financial functions, financial reporting and the financial restructuring of the Group which climaxed with the bond equitisation negotiated in 2012 and finalized in 2013. He then became Group COO and MD of Orco Germany, at which time he focused on asset management and development of GSG in Berlin and Orco’s main projects : Bubny land development in Prague, the Zlota tower project in Warsaw, etc.

2006
Together with Mr Ott and Mr Bormann, he launched and developed Orco in Germany from 2004 which started with the constitution one by one of a portfolio of approx. 20 income producing assets in Berlin, and more specifically in the district of Prenzlauer Berg.

Portfolio later included the purchase of key assets such as Leipziger Platz or the privatization of GSG Berlin in 2006 which fundamentally changed the profile of Orco Property Group, by rebalancing it towards Germany.

2005
Together with Jean-Francois, he founded the hotel group MaMaison Hotels & Residences which he developed across Central and Eastern Europe, spearheading Orco international development, notably in Warsaw in 2002, or Bratislava in 2003 or the landmark Pokrovka asset in Moscow in 2005/6

Mr Tommasini joins the board of listed Orco Property Group.

2000
He joined Jean-François Ott at Orco Property Group in Prague in 1997, in this time he was responsible for the Group’s international development. He developed and headed Orco Budapest in 2000.

He participates to the listing process of Orco Property Group in Paris in 2000.

1992
After graduating from the Institut d’Etudes Politiques de Paris (‘Sciences Po’) in 1992, and from Lancaster University with a Master in Finance and Economics in 1993, Nicolas started his career launching subsidiaries in Africa and Eastern Europe of AGS, a major European transport & removal company. He launched and developed the Romanian subsidiary in Bucharest in the years 1995-1996. In 1996-97 he took the position of Deputy CEO of property manager Bazin S.A. in Paris.

Nicolas Tommasini is a board member and/or shareholder of a number of different organisations and business’ including:

Dubois Promotion – Real estate developer based in Northern France based in Lille. www.dubois-promotion.fr

Nicolas owns and runs ‘Tomsafe’, a private investment company. Besides being a professional in real estate investment, he has a wide investment spectrum ranging from private equity to management of listed companies.